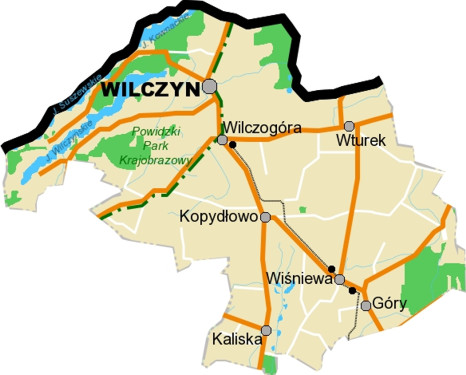 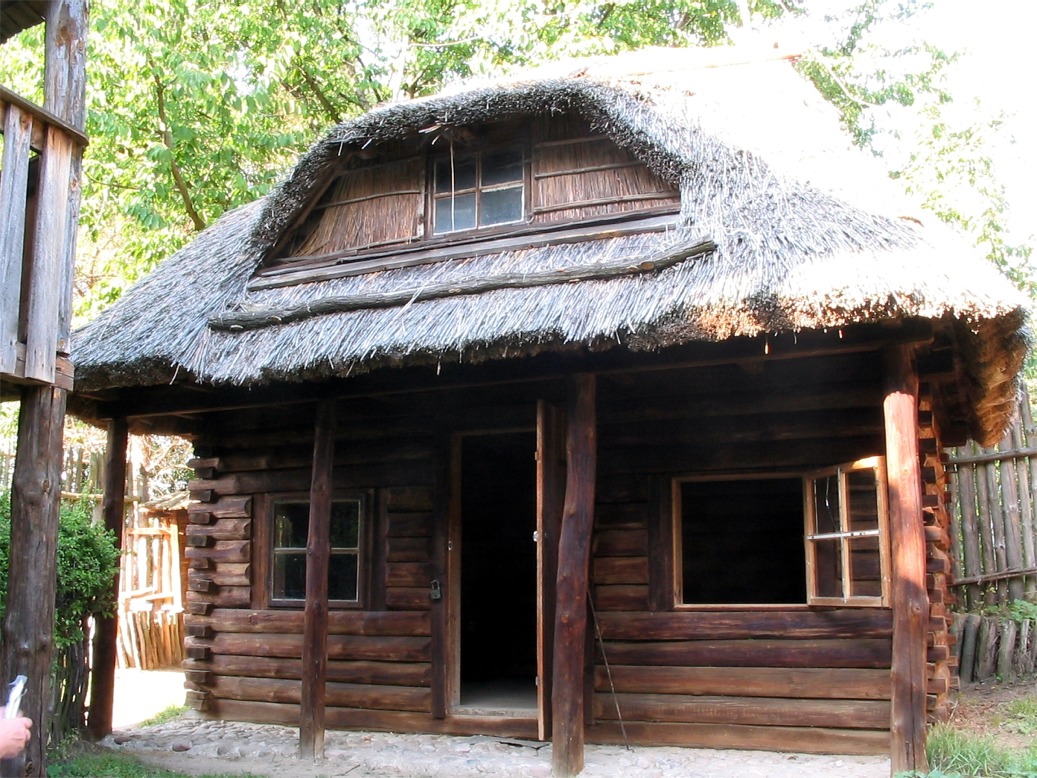 The commune is situated in the north-western part of the county. Its area is 83 square kilometers, inhabited by 6,4 thousand people. The commune is divided into 16 villages.

Wilczyn was first mentioned in the documents from 1316. In the middle of 15thth century Wilczyn was a private town (1458) being a property of Porajes’ family from Bierzglin and Września. In 1870 Wilczyn lost the municipal rights never to regain them again.

The archaeological excavations prove that strongholds used to be located in the territory of the commune; strongholds - Mrówki on Kownackie Lake and Świętne - Okop on Suszewskie Lake are now tourist attractions in the commune. In Mrówki village there is a reconstructed castle, which during the vacation period functions as a museum in the open air.

The commune boasts of many other historical monuments proving the position of the region in the past. The most important include: a Gothic Church in Wilczogóra built in 1566 with a Gothic sculpture of Madonna with Child made between 1420 and 1430; a wooden framework structure hospital church built in 1781, also located in Wilczogóra; a mansion with park dating from the turn of the 19th century in Kopydłówek, a 1928 palace and park in Kopydłowo (ruined), a 19th century mansion in Kownaty, a 1781 windmill in Wilczogóra.

On the territory of Maślaki village there remain relics of former evangelical-augsburg (Lutheran) cemetery along with headstones from the end of 18th century. In Wiśniewa place, Ignacy Zakrzewski - an outstanding publisher of historic sources being a basis for studies on historic events of Wielkopolska region - was born. Among these sources there are records of Polish-Teutonic process from 1339 with testimonies of witnesses describing the great destructions of eastern Wielkopolska during Teutonic military mission in 1331, which finished with September battle near Płowce.

In the western and north-western parts of the commune, is the chain of glacial lakes, mostly surrounded by forests, which may be a perfect base for the development of the tourist industry in the commune. These are Wilczyńskie Lake of the 174 hectares area, as well as Kownackie, Wójcińskie and Suszewskie lakes. This part of the commune belongs to the Powidz Landscape Preserve.

Agriculture plays the most important role in the economy of the commune. The agricultural land is 6,3 thousand hectares, of which 5,9 thousand hectares (over 94%) is arable. Meadows and pastures are only 5,1%, and orchards 0,7% of the agricultural lands. The main crops are rye and potatoes, but also wheat, barley and sugar beets. The main livestock is pigs. There are about 800 individual farms operating in the commune.

About 235 non-agricultural businesses are also active in the commune. They employ 320 people.