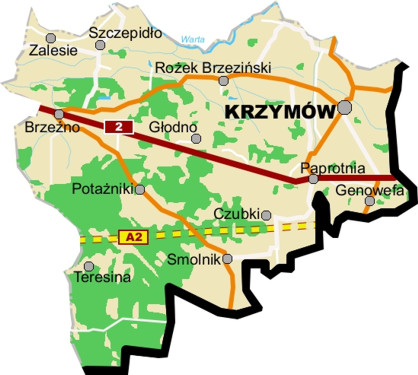 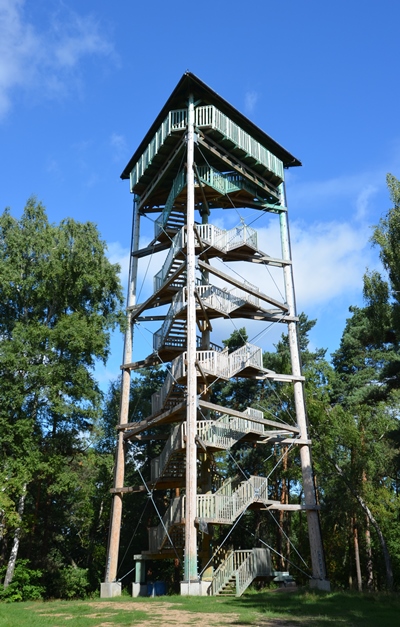 Krzymów was a parish village, broken up in some parts belonging to some different families. In the middle of 15th century, relatives and kin of Hektor from Koźmin as well as the Lisieckis from Lisiec Wielki (Stare Miasto commune) kept Krzymów properties. Situation had changed only in the middle of 16thcentury when the Grodzieckis from Gordziec took possession of the village. Then, Krzymów along with Turz, Borowo, Drążna and Kociętowy village (later lost) formed a small complex of noble land properties, connected by the owners with bigger complexes of land properties (among others Rzgów, Wyszyna). Other known families who owned the Krzymów rights were Grudzińskis (heirs of Gosławice and Licheń), Porczyńskis, Gorzeńskis, Taczanowskis, and at the end of 18th century – Byczewskis, famous soldiers of Polish Armed Forces.

History of the village and its inhabitants is little-known. There is some poor information in the only depiction of Krzymów from 1720 and numerous tax registers, which hardly enable to determine the number of population and buildings in this place. The same one can tell about the past of parish, known already since 15th century, often described while numerous visits and in the salary book of Gniezno Chapter from the beginning of 16th century.

The northern part of the commune lies in the Warta valley, whereas the southern part is a protected area, including - among others - Złotogórskie Hills with the highest summit - Złota Góra - 187 metres above sea level. This is an area with a very diversified topography, with rather dense woods, providing good conditions for the development of tourist and recreation industry. Hiking and bike tourist routes run through the area of the Złotogórskie Hills.

The historical documents prove that in the western part of the commune, in the village of Brzeźno, a sandstone quarry had been operated since the 12th century providing the material for construction of nearby Romanesque churches. The mining was discontinued in the beginning of the 20th century. In the same village the 19th century mansion with the park is located.

The commune economy is dominated by the agriculture. The agricultural land is 2,2 thousand hectares, of which 2/3 is arable, and 1/3 meadows and pastures. Due to poor soils, mostly rye and potatoes are grown (about 70%) of the crops. Pigs and cattle are raised. About 900 individual farms operate in the commune. About 160 various non-agricultural businesses employ approximately 500 people.