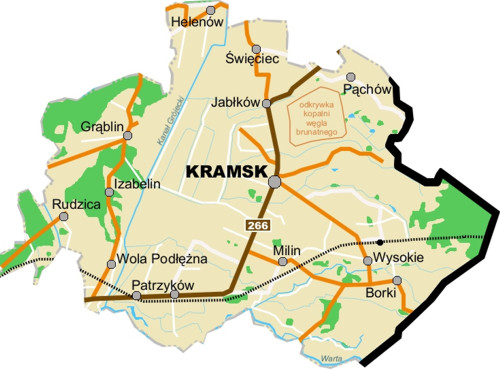 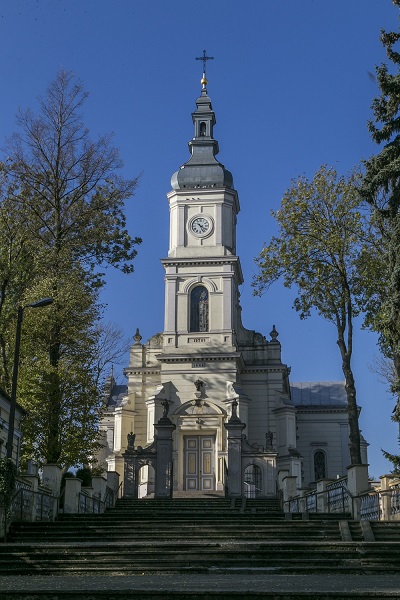 Kramsk was first mentioned in 1224. It used to be a village forming a part of the Konin County. After that Kramsk was separated within the individual lease. The leaseholder, Wojciech Kadzidłowski – Inowrocław castellan, was an heir of extensive properties in Kazimierz Biskupi, Gosławice – Licheń and Izbica Kujawska. He is also known as a founder of Kameduli Monastery in Bieniszew place in 1663 - zdjęcie Wojciecha Kadzidłowskiego After 1797, the village was privately-owned and in 1874 was bought out by the local peasants.

The old name Kramsko has its origin in the name Krąpinia (Krompina) - a brook that used to flow in the wide valley east of the village. In the 18th century, in its place a canal was excavated connecting Lubstowskie Lake with the Warta river - presently called the Grójecki Canal. In the year 1518, local St. Stanisław parish was included into the parish in Pyzdry as a benefice (salary) of Mansioners’s council in this place.

First Polish abbot of Cistercians’ monastery in Ląd upon Warta came from Wysokie place. This is he, who was a representative of Zygmunt August King striving for inheritance of Bona, Queen of Poland and Great Princess of Bari. In this aim, there was established a regular connection between Kraków and Venice, considered as a beginning of Polish Post. In Bilczew place, there was discovered a great prehistoric graveyard.

There are also about 340 non-agricultural businesses employing over 500 people. Konin Lignite Mine is starting the construction of a new Drzewce pit.