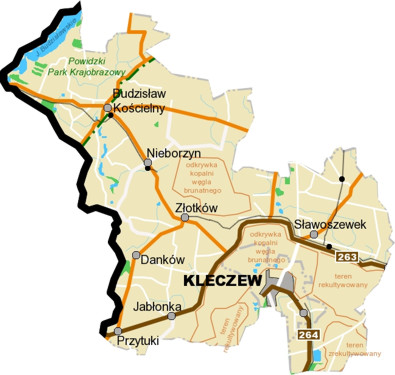 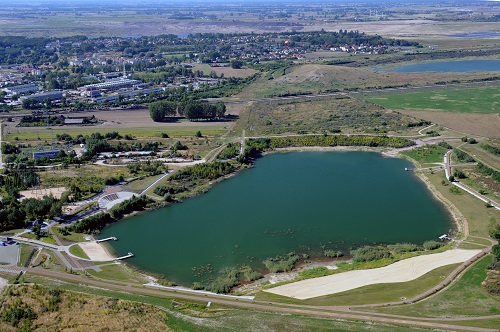 An urban-rural commune located in the north western part of the Konin County and consisting of 20 villages. Area 110 square kilometers. Population 10 thousand people, including 4,2 thousand in Kleczew.

The town of Kleczew was established on 12th January 1366 on the Magdeburg Law at the intersection of the trade routes. For centuries it had been the local administration and economic centre and it was third town of Konin County with regard of its size. The boom period in the 16th century was followed by stagnation and decline. Some economic revival was observed in the second half of 18th century, when production of cotton was started here. In the years 1773-6 Kleczew turned up within the limits of Prussian state.

As a result of the 2nd partition, the town was annexed by Prussia again. Between 1807 and 1815 it was included to the Grand Duchy of Warsaw, and after the Congress of Vienna it was in the Congress Polish Kingdom. During the January Uprising, the insurgents fought a few skirmishes with the Russian troops in Kleczew and environs. In 1870 Kleczew was deprived the municipal rights by the Tsarist government to regain them in 1919. In the end of the 19th century, the commune again undergoes economic boom related to construction of local narrow-gauge railway and development of food processing industry.

Commencement of lignite mining in the area and location in Kleczew of the corporate office of Konin Lignite Mine, the largest industrial business in the Wielkopolska was decisive moment for the town and commune. It was a big economic boost for Kleczew and other localities in the commune. The town and commune are among the nation's top investors as far as the local governments are concerned. In 2002, Kleczew was ranked as 11th in this category.

The history of Kleczew and areas located within the present commune borders is documented by the following monuments: 15th century parochial church in Kleczew; parochial church in Złotków dating from 1880, 19th century houses in Kleczew; windmill from 1858 in Budzisław Kościelny, the building of the Municipal Court in Kleczew from 1928, mansions and parks in Dankowo, Marszewo, Budzisław Górny, Nieborzyn and Sławoszewek. In the outskirts of the commune territory, in the village of Anastazewo, there are buildings of the former border crossing between Prussia and Russia.

The commune has attractive recreation areas located on Budzisławskie Lake. There is the Municipal and Communal Cultural Center and well known band "Kapela Pod Rydlem” in the town. The annual Kleczew Days, held every year in June are among the most known events. Recent years have seen a dynamic sports development, which has been made possible by a stadium and a sports arena. Kleczew hosted the County Harvest-Home Festival in 2000 and the 3rd County Feat in 2002.

The commune's economy is dominated by mining. Altogether, there are 420 businesses in the commune, employing 3,8 thousand people.

The agriculture is based on 7,2 thousand hectares of agricultural land, mostly arable. Basic crops include rye, potatoes, wheat, sugar beets, vegetables. There are about 1000 individual farms in the commune.