The shortest way to everywhere 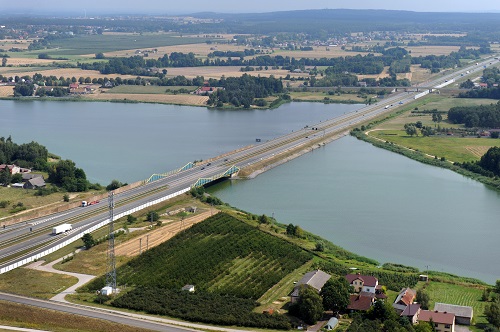 KONIN COUNTY, the small homeland of 130 thousand diligent inhabitants, is located in eastern outskirts of Wielkopolska Voivodeship. Konin County includes 14 communes and encloses the capital of sub-region – the city of Konin inhabited by 74 thousand people.

This county is not typical for Wielkopolska region. It is densely populated within the spread settlement. The nature fitted its territory with resources creating such an antagonistic mix: poor, infertile soil, brown coal layers and numerous natural water reservoirs. The economy of county and whole Konin sub-region is actually based on the fuel-energy sector. As a result, it is perceived through the prism of coal mine headings and post-mining slag heaps.

The social-economy processes are taking place in Poland during last years, including before-accession period and present UE membership period, made our Small Homeland and its citizens start to look for the alternative model for micro-region development. Konin County makes an effort to set in motions the processes based on the advantages, which were hidden until now in the shadow of fuel-energy complex.

Firstly – attractive central location, international and domestic road and railway communication routes. That’s why we say – it’s the shortest way from Konin County to every place in Poland. The grounds adjacent to A2 motorway (situated within the limits of communes Golina, Rzgów, Stare Miasto and Krzymów), are called accelerated development zone. The grounds adjacent to motorway junction in Modła Królewska (exit to domestic road No 25) and Żdżary (exit to domestic road No 72) are especially attractive for the investors. These advantages become a reason to draw up and introduce conception. Within WLC there are functioning the companies occupied with logistic service, store-transporting and manufacturing.

Secondly – in close neighborhood of Konin and accelerated development zone the nature and human being created an underestimated tourist product as Warta – Gopło Water Route it is. The lakes connected with canals create exceptionally favorable conditions for the intensive development of recreation-holiday base, hotels base (especially that yearlong) as well as that accompanying (swimming pools, sports grounds, tennis courts, parking lots, fitness halls, lendings of swimming equipment, bicycles, lightweight motorcycles, sailing marinas, places for fishing, bicycle paths). The next underestimated and steel unemployed grounds for investment in the field of recreation and tourism are the reclaimed post-mining grounds: slag heaps and affected water reservoirs neighbored on the grounds of „Warta – Gopło Water Route”. While visiting these regions it’s hard to disagree with the saying: „water, greenery and sailing – are Konin’s showcasing”. This whole area (within the limits of communes Ślesin, Kazimierz Biskupi, Kleczew, Kramsk, Skulsk and Wierzbinek) is situated in so-called forest-recreation zone with the ecological agriculture, which is crossed by domestic road no. 25.

Unusual commitment of Konin local governments to the issues of environment protection is also favorable factor for the development of recreation service sector. The honors of „Ecology Promoter”, which the county owners, or „Environment-Friendly Community”, which was won by most county’s communes, just go to show the level of communes’ activity in this scope. Between-community Association „Konin Commune Region”, assembling Konin County, the City of Konin and 9 communes of Konin County, plays special role in this field.

Thirdly – the next favorable feature of Konin County is its direct neighborhood with the city of Konin, with its well-functioning administrative and financing infrastructure, business institutions and high-education system.

Joining all mentioned above factors we can get very interesting and convincing argument in favor of investing just here in Konin County – from where there is the shortest way to every place in Poland!!!