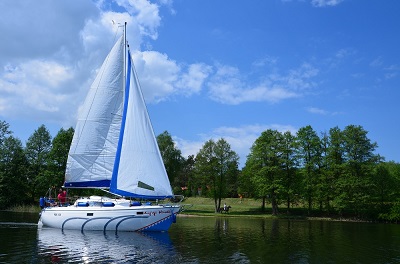 Konin County, like other units of Konin sub-region (legally identified with territory of former Konin Voivodship), is characterized by relatively large area of so-called high-value natural territories and areas including elements of ecological structures.

Such features of Konin county as: geographical location, clear natural environment, route of lakes along with forests complexes, historic objects and protected areas make this region to be favorable for tourist services development.

The main advantage of Konin county is its central location, which creates convenient conditions in regard of communication access. This is very important characteristic feature for tourist sector. Easy access is conductive for tourist boom expanding in this region and brings a lot of advantages.

In principle, every commune of Konin county has its own cultural property. For sure, the most significance have those of unique regional, nation-wide or even world-wide character. Such virtues make religious-pilgrimage tourism development possible in Konin county.

Licheń Stary – village located 10 km to the north from Konin city - has particular significance in this regard. This place became the target point for the pilgrims from the whole Poland. 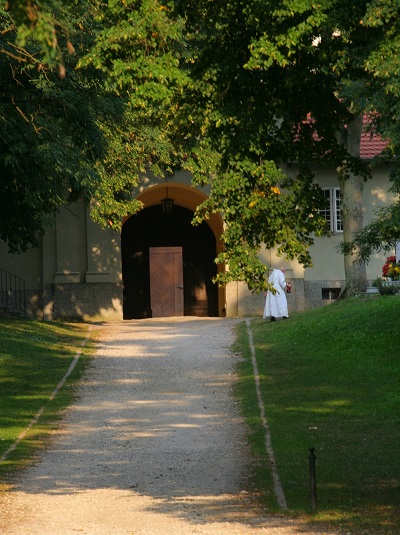 Bieniszew, located in Kazimierz Biskupi commune, is next place with similar religious significance. It is an in-forest settlement, situated about 8 km to the north-west from Konin, where the Benedictines’ hermitage is situated. At the hill, among forests there located late-baroque Birth Church NMP from 1747-1781 and Kameduli Fathers Monastery (one of two in Poland).

The most important historical monuments of other communes of Konin county are the following:

Beside the cultural monuments local traditions and customs originated on the territories of present Konin county are also worth of special attention. Here, it should be mentioned the so-called “ochweśnicka” culture, which was originated on the territories of present Skulsk commune. “Ochweśnicy” were the people trading in religious paintings (these paintings survived until now). They used their own jargon, which was called “ochweśnicka kmina”. The jargon included above 700 words and was formed of phrases borrowed from polish thief’s jargon, russian poor jargons, as well as expressions of german, russian, greek and latin origin. “Ochweśnicki” jargon was also used by salesmen from Ślesin. “Ochweśnicka” culture makes up an element of little-known cultural legacy of Konin county.

Within the nature-scenery virtues of Konin county there also should be mentioned protected areas:

Beside the nature reserves, there are also other very attractive scenery objects in Konin county. The most interesting are: slag heaps in Kazimierz Biskupi commune, territories of western and northern-western part of Wilczyn commune, territories situated down the Warta – Gopło canal in Wierzbinek commune.

Monuments of nature have a great importance for the nature environment of Konin county.

In the context of recreation and rest virtues of this region, the following need to be mentioned:

The most attractive regions in regard of rest and recreation are situated on the territory of Ślesin county. Here involved, first of all, gutter lakes route with the forest complexes and relatively well developed hotel infrastructure.

Tourism at the village areas (agri-tourism) create unique and dissimilar form of free time spending. Its essence is in close contact with nature, meeting with basic works at the farm, contact with domestic animal, possibility of passive as well as active rest in the open. Within the Konin county the tourist service sector is poorly spread and developed. Here it should be mentioned that considerable area of Konin county creates excellent conditions for its independent development, as well as for complementary supplement for active-way tourism.

Exceptional virtues of Konin county make the basis for establishing of such forms of tourism as:

Water tourism has mainly expanded in the north part of Konin county on the basis of relatively great number of lakes. There concentrated a lot of hotels, rest and recreations centers, camping sites and chalets equipped with proper devices.

Especially attractive conditions for the water development are at the complex of lakes routes, which connects Warta river with Gopło lake. At the route of 32 km length there located 4 mucus. It could be crossed in both directions. The route consists of three sections:
Section I – artificial canal with length of 8,5 km from Warta river to Pątnowskie lake along with two mucus – „Morzysław” and „Pątnów”;
Section II – natural route of lakes of 15,7 km length (lakes: Pątnowskie, Wąsowsko – Mikorzyńskie, Ślesińskie). It forms the so-called peak (highest above the sea level) place of Ślesiński Canal.
Section III – artificial canal with length of 7,8 km from Czarne lake to Gopło lake along with two mucus „Gawrony” and „Koszewo”.

This route agrees with the Youth Kayak Route Konin – Kruszwica. It is fit for sailing, as well as kayak tourism. Hotel and accompanying base, located at the lake side, is conductive for traversing of the route. While using this hotel base, one can tour sight-seeing and tourist attractions, appearing along the route in the places Gosławice, Licheń and Ślesin.

Hike and bicycle tourism are the most popular forms of tourism available almost for everybody. On the territory of Konin county there were appointed a lot of hike routes as well as bicycle. They are located in the most attractive scenery and cultural places.

Polish Tourist-Scenery Association, Branch in Konin, has appointed the following routes on the territory of Konin county:

Beside the hike and bicycle routes, teaching and ecological paths crossing the protected areas, also play an important role in local tourism development.

Natural resources of northern part of Konin county along with numerous water reservoirs surrounded by forests complexes are conductive for fishing being a peculiar form of tourism.

The most favorable conditions for fishing appear at the lakes:

Konin county is also equipped with other resources, which after the proper re-profiling or adapting could become the virtues attracting a wide range of tourists. Here should be mentioned the strip mining areas in the counties Kazimierz Biskupi, Kleczew, Sompolno and Ślesin as well as geo-thermal waters in Ślesin county.

Works at brown coal mining has changed and are steel changing scenery of the most charming northern part of the county. There were established new forms of grounds – headings after the used coal deposits and slag heaps. Strip mining areas are the following:

Geo-thermal waters are unused until now resources (and not finally studied) for the needs of tourism industry of the county and Ślesin commune. Their chemical composition (for example, increased content of iodine and bromine) with positive influence on the human body persuade to use them for the balneological aims. In case of Ślesin commune, there achieved a proper level of recreation-tourist backup for further development of the water resources.

Beside the scenery-natural-culture virtues of this region, tourist infrastructure plays important role in whole tourist industry.

The most developed tourist infrastructure occurs on the territory of Ślesin county, in the vicinity of lakes route and Licheń Stary. There are a lot of hotels, conference and holiday centers, guest-houses and private lodgings, in total 2 thousand places.

From the other side, some communes as for example: Rychwał, Wierzbinek, Golina, Kazimierz Biskupi, Grodziec do not have any accommodation means at all.

In 2003 number of objects of collective lodging in Konin county was 35 in total.

The hotel and accommodation objects had in whole 3.957 places, therein 2.287 that yearlong.

Accompanying base makes up the supplement for tourist infrastructure fulfilling the same important functions as accommodation and catering base. For the tourist, who takes up a trip, on the first place there is the choice of transport means, which enables easy access to the target place (communication base), on the next place is the choice of lodging place (hotel base), and then - proper sustenance (catering base). Only in this meaning the function of accompanying base should be regarded.

On the territory of Konin county, all the recreation objects and hotels concentrate their attention on the development of sport-recreation equipment base. The most concentration of accompanying base occurs in northern part of Konin county, where the most number of holiday centers, hotels, chalets and camping sites is situated. These objects have their own guarded bathing beaches with piers, water equipment rental and sport-recreation devices (sports field and grounds, golf places, tennis courts, swimming-pools, body building gyms etc).